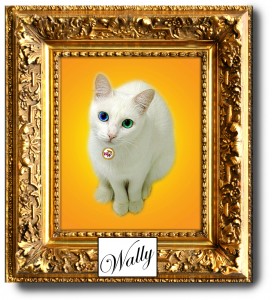 Wally has had many lives before this one. In each life he looked different, but you could always tell it was him by his One Blue Eye. It is said that cats have nine lives. Wally was not so fortunate or so bright at first for this is life number #10. He always seemed to have a lot to learn in a short time and thought he was different than the other cats.

Those many short lives taught him valuable lessons and he feels great happiness and reward for such blessings. He eventually learned to look for the lessons in every moment and found them with joy. Even though while going through those lessons it was not easy they proved to be the best thing needed at the time.

Today Wally’s life continues to be an adventure worth living and loving for the exceptional creative expressions and the growing and knowing.  His goal is to learn all his lessons and make this life the best so he can evolve into a higher life form next time. Currently Wally is a beautiful Pure White Short Hair with a Long Tail and One Blue Eye. 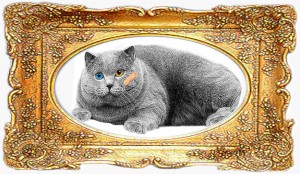 Life #1 – Born into a family of 4 boys and 3 girls. Wally was dressed up in doll clothes and fed tea & cookies everyday for 4 yrs. He grew very large in that time, too large for the girls to play with so the boys took over. Wally was too fat to fit into doll dresses or his litter box so the boys used him as a bowling ball for catapults when playing Romans, Cowboys and Army games. Sometimes Wally would climb up on top of walls, fences and bookshelves to get away from the boys. Every time he was mistreated he would scratch and bite the boys causing them to scratch and bite right back.

Wally was accidentally blown-up on the 4th of July. 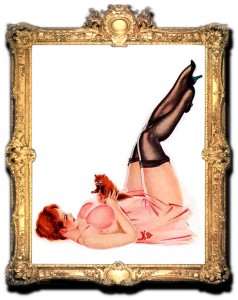 Life #2 – Born into a traveling film company during the 1930s, Wally was part of the act and appeared on set with the actors. One day the company owners were put in jail on questionable photography charges and Wally was given to the cameraman’s friend “Bodacious Bonnie” the larger than most, Night Club Entertainer. She would love and cuddle Wally for hours and take him to all her performances. One night they fell asleep together on the small bed in her dressing room. The moon shined brightly through the window as Bonnie rolled over …and…

Life has Many Changes,

It Feels Wonderful to be Loved and

Large Mounds can be Fun 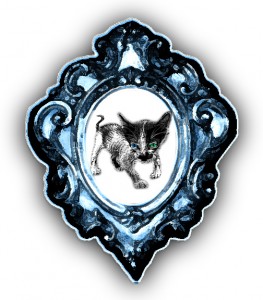 Life #3 – Born in a litter with 3 siblings, Wally was weakest, slowest and slimmest. The other cats ate all the food very fast and ran away from him laughing and teasing. Wally had no friends or enough to eat. So, he decided to run away from home to find food and friendship.

He wound up in the pound and never saw his next meal.

He Learned to be

to Always Eat When There’s Food

and Not to Let Others

Take Advantage of Him. 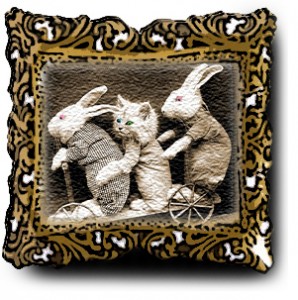 Life #4 – Switched at birth, Wally found himself in a family of wild rabbits. He grew up hopping and hunting in gardens of vegetables. Every day he would eat mice and veggies and play with all his bunny brothers and sisters. One day Bobby Bunny played too hard and humped Wally vigorously without knowing why.  Wally was hurt and confused so he left the rabbit hole behind.

While wondering out of the garden and into the fields Wally became lunch for a large hungry Hawk.

To Dig a Hole for Shelter

and to be Cautious of Friends 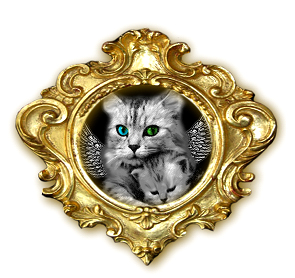 Born in the sultry Florida bayou near a freeway. Wally grew up as a girl cat and became a Mama to 3 little kittens. Caring for the needs of others is a big lesson and Wally understood and made Happy times each day for her kittens and soon they were grown up and gone. The beautiful energy of a mother’s heart missing her child is a connection like no other. With no kittens to care for Solitude and Meditation on the banks of the Bayou brought much self-awareness and satisfaction for many years, until one day Wally fell asleep during Meditation and woke-up inside an Alligator.

Love All Your Children Equally

and Not to Fall Asleep During Meditation. 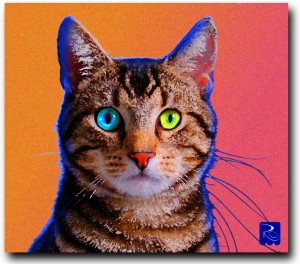 Life #7 –Born to a tabby Mama who didn’t make it after Wally’s birth.

Dr. Timothy Leary had a house-keeper named Maria Stiletto who cared for Wally. She was studying to be a nurse and would do special experiments with the Doctor at home on the weekends. One day the Doctor left some sugar cubes on the table. Wally found them that night and didn’t sleep for a week.

He believed he could walk on walls and ceilings while chasing invisible mice around the house, thus the name Wally Wall-Walker. This was the first Psychedelic trip Wally had before they put DMT in his milk. The Doctor was a prankster. He liked to use pocket lasers, prisms and mirrors at night while “Trippin’ with the Puss” he called it.  It would drive Wally CRAZY!

He wasn’t quite the same after that…

Life is More Than It Seems,

It’s Nice to Know a Nurse

and Even When He’s All Here

He’s Not All There. 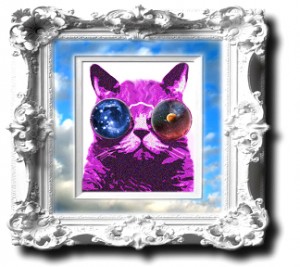 Born into a Doctor’s family of older cat brothers and sisters. Wally grew up quickly and found his sibling’s wisdom to be more peaceful and of a Higher Consciousness. They told him he must find his “Inner Cosmic Cat” to know his true path in life.

They recommended Meditation and a Cat-Scan as a start. Wally learned to close his eyes, quiet his mind and visualize Space and Planets in the Solar System. He got very excited and wanted to do more and see more.

His Brothers and Sisters felt the Day Had Finally Come and Wally was ready to find his “Inner Cosmic Cat!”

So, late one night he and his siblings snuck into the Doctor’s office to use the Scanner. These Cats can see in the dark but these Cats can’t read. Wally’s Sister didn’t know which machine was the Cat-Scanner but she knew it was in there.  So, she pushed the button on one machine and the “Scanner” Door opened. It’s the perfect size for Wally. He sniffed inside then entered, she closed the door. Wally could see through the window and smiled. They all said a prayer as Wally laid down and closed his eyes and his Sister pushed the

…on the Microwave Oven!

He Is The Inner Cosmic Cat,

Being Able To Read Is Important and

When It Comes To Smarts

Looks Can Be Deceiving. 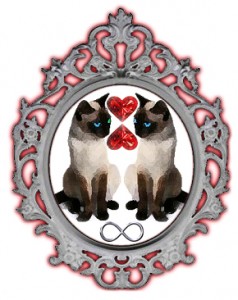 Born to a starving Boulder Colorado Yoga instructor’s Siamese. After trying many ideas over many years the instructor finally came up with a new Yoga workout to do at home that involves your Cat. She called it “Cosmic Cat Yoga.” She and Wally would workout for hours to perfect the method. He loved being lifted and loved and brushed and lifted and loved some more.

Soon Wally was on set again, this time filming the workout video. During rehearsal he looked over at the guy working out next to the Yoga Instructor and suddenly locked eyes with his cat, the most Gorgeous, Blue-Eyed Siamese, Feline, Femme Fatal he had ever seen. She looked just like Wally but different. He couldn’t stop looking at her.

She would practice the workout with the guy and occasionally glance over at Wally and smile. Wally, with jaw dropped open was still stunned but managed to smile back. After shooting the video the “Guy” turned into the Yoga Instructor’s boyfriend and Wally began to see “Yvette” more often.

Wally and Yvette discovered they like all the same things and soon became inseparable. Cosmic Cat Yoga became a big hit and the Yoga Instructor and Wally were On The Road without the Boyfriend or Yvette. Cosmic Cat Yoga was on TV, in Sports Illustrated and then got signed to a Major Cable Network for a Daily Workout Series and they moved to Beverly Hills.

After a short time Wally missed Yvette so much he ran away. He didn’t know what to do or where to go but kept running and running. The distraught Yoga Instructor called the Boyfriend and soon He and Yvette were in Beverly Hills.

Wally was tired, hungry and worn-out from crying and running. When he finally came back home Yvette was waiting for him.

They were together for 9 years and raised 3 kittens.

Wally was surrounded by his four furry family members in his last hours. They told funny stories about growing up and laughed about silly things. He Kissed and Licked them all before thanking them for the Love and Blessings of their presence in his life.

Yvette held Wally in her arms and smiled with her Gorgeous Blue-Eyes and told him he was the Most Beautiful Hairy Man she has ever had the pleasure to Love.

Wally smiled and closed his eyes.

Life Is As Fun As You Make It,

When Something Seems To Good To Be Yours…

and To Every Problem In Question…

…Love Is The Answer.